I have a general rule of thumb when it comes to games – If it has a play on words or a pun for a name, it’s probably not going to have much in the way of content. Games like The Legend of Zelda or Metroid don’t need punny titles to be big hits because the content is so solid. Unfortunately, the same can’t be said for Sky Scrappers.

Sky Scrappers seeks to follow along in the footsteps of games like Nidhogg and Starwhal as a simple 2D combat game. Unfortunately, the game feels too simple, and not the kind of “beauty in simplicity” that the games mentioned above have. Sky Scrappers feels lazy.

Featuring 4 characters who all control exactly the same, the game tasks you with running around a crumbling skyscraper as you scrap with your fellow… er, Sky Scrappers. This generally just means furiously tapping the attack button anytime you get close to another player, although you do also have the option to use a down-smash attack. If a player falls behind, they boost back to the top of the stage at the cost of some health. The last player left alive, or the first one to the top of the tower wins the round.

Every stage plays identically, much like the characters, being different only in visual style. Each character interacts with the others before a match, and the dialogue is a far cry from perfect. Broken English and bizarre comments abound during these segments, as the game attempts to scrape together a semblance of a plot.

The visual art style of the game is fine, if a bit basic. Character art is well drawn and the stage select screen pays homage to Street Fighter well. Unfortunately, beyond that there is very little to praise in this title.

Story mode is more of the same, and the matches get to be very tedious and downright boring towards the end. Some changes to how characters handle, or cutscenes throughout the story, or even just different environments to battle in… Anything would have spiced up this game.

As it is, Sky Scrappers is best as a simple flash game to kill time. At a $10 price point, it’s hard to recommend this game to anyone. There are simply better games out there that manage to do what Sky Scrappers is trying to do in a much better way.

Author’s Note: It really pains me to write such a negative review for a game, especially one we were given a review copy of. As an aspiring game designer myself, I would hate to read a review like this, but this game just isn’t ready for sale yet. I would highly recommend putting more time and energy into creating something special – The core concept is a lot of fun, but the execution is poor, and it leads to a game that needs a lot of work. I would love to see the developers work on this one for a few months and release a more polished final product.

Sky Scrappers has a lot of work to do before it feels like a complete game. At this point it still very much feels like a demo that might be pitched as an idea. Hopefully the developers continue to refine what they have and create something special. Keep your eyes on this one, but I can't recommend purchasing it in its current form.
1 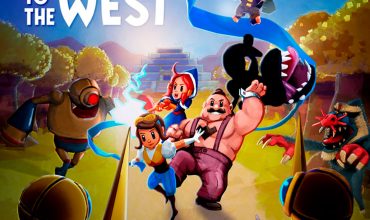