The Pokeball Plus was the accessory that sold me on Pokemon Let’s Go, which I reviewed yesterday here. This accessory was bundled with several versions of the game, as well as sold standalone. The Pokeball Plus has 3 major functions, all of which I was surprised with how well they work.

The primary function of the Pokeball Plus, is to be your controller for Pokemon Let’s Go. Pairing the controller with the Nintendo Switch, was a breeze too! You fire up the game, and it says “Push a button on the controller you would like to use”. From there, you take control of the game, and off you go.

But, how does one control Pokemon Let’s Go while using a Pokeball Plus? From what I can see, it only has one button. That was my first thought too. In actuality, it has two buttons, a joystick, and a gyro sensor. That gives you most of the options to play, just as you were using a normal controller. The center of the Pokeball Plus, the part where it lights up like in the game/anime, is where the joystick is. the “B” button, is a circular button located in the center of the red part of the Pokeball Plus. This requires you to train yourself on how to hold it. Once you get it figured out, it is actually quite comfortable. So you move with the joystick, you click the joystick in for the “A” button, and you press the red circle button on top for “B”. And when you’re in a Pokemon capture battle, you click in on the joystick to “ready your ball” and you use a throwing motion to toss the onscreen ball.

But the magic happens when the ball shakes and lights up on screen. The Pokeball Plus lights up and vibrates in your hand in sync with what is happening. As an added bonus, when you capture a Pokemon, the ball lights up one of the primary colors of the Pokemon you captured and you hear its cry from within the Pokeball plus. We also noticed that shiny Pokemon are different. A Gyrados is going to light up blue, while a shiny Gyrados is going to light up red. The attention to detail is amazing. The pink from Mew is different than the pink from Porygon too!

Function 2: Carrier for one of your Pokemon Let’s Go Pokemon

As mentioned above, by going into your Save menu in Pokemon Let’s Go, you can carry any one of your Pokemon (your partner Pikachu/Eevee included) inside the Pokeball Plus. If you carry your partner Pokemon, you will hear about 6 different sounds as you play with it. If you carry any of the regular Pokemon caught throughout Pokemon Let’s Go, you get their default sound (their battle cry) and a variation on that sound. And if you’re wondering, you sure can bring along Meltan and Melmetal! Playing with them is as simple as holding in the stick for a couple seconds, and it will light up indicating it’s in Play Mode. Once there, you can move the joysick in various patterns and get responses from your Pokemon, or roll it around in your hands for other responses. Every once in a while the Pokemon will really like what you do, and you will hear it’s cry and the light will flash a rainbow color. That will net you extra rewards when it returns from a stroll. But, there is a far more useful, and much more rewarding way to play with your Pokemon inside the Pokeball Plus.

Function 3: Pokeball Plus and Pokemon Go

That’s right. The Pokeball Plus is a full fledged Pokemon Go Plus, with 2 exeptions. The first, is there are a lot of reports of unstable connections between smart phones and the Pokemon Go Plus. The Pokeball Plus answers that issue with an update able firmware. And it will likely download its first one when you connect it to the Switch the first time. The second, and far more useful however, is if you have a Pokemon inside the Pokeball Plus and you have it connected to Pokemon Go, your Pokeball Plus will automatically spin Pokestops. Super useful if you’re in a car with someone and you are playing Pokemon Go while they are driving (Infendo does not condone playing Pokemon Go if you are driving). One thing I have really come to enjoy, is the lights and vibrations of the Pokeball Plus make it so I can play Pokemon Go while I am out with my family, without being glued to my phone. All I do is hold the ball in my pocket, and press the “B” button when it vibrates to try and catch a Pokemon. Do keep in mind, aside from spinning Pokestops automatically, it has the exact same function (and flaws) of a regular Pokemon Go Plus (only one Pokeball thrown, not great catch rate, etc). But man, does it have me playing Pokemon Go again.

Another fun fact. When you put it on the charger (sold separately) or plug in the included cable, it makes the same sound as healing your Pokemon at a Pokemon Center. You know, the dun dun du du dun jingle. And boy does it look nice on the little charger you can buy for it, pictured above.

If it wasn’t obvious by my sentiments above, I have really been enjoying this accessory. Must buy if you’re a fan of the series, or a regular Pokemon Go Player.

If it wasn't obvious by my sentiments above, I have really been enjoying this accessory. Must buy if you're a fan of the series, or a regular Pokemon Go Player.
4.5 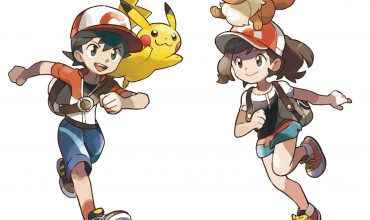 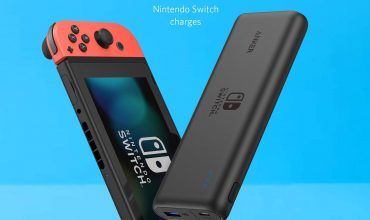