Know how something comes along that you weren’t expecting, but it is exactly what you needed all along? That’s Mario Tennis Aces for the Nintendo Switch is for me.

As soon as the online tournament demo dropped prior to the games launch, I was hooked. From the tightness of the controls, to the depths of the gameplay mechanics, Mario Tennis Aces is everything that Mario Tennis Ultra Smash was not.

What excited me most upon the games initial reveal was the story mode that was being crafted by none other than Camelot Software Planning. As the original developer of the excellent Mario Tennis 64 and the subsequent GBC and GBA entries in the series, Camelot has a pedigree of great Mario Sports games, despite the stinker that was Mario Tennis Ultra Smash.

First impressions of the full title were excellent. The game wastes no time jumping right into the story of how Mario and pals must save the the kingdom from an evil all-powerful tennis racket. Waluigi and Wario emerge as the initial villains of the game, and are able to coerce an unknowing Luigi to take the racket, and unleash it’s evil.

Side-note: Luigi is definitely the Starlord of this story. WHY DID YOU TAKE THE RACKET LUIGI!

My one complaint with the game, and one that can be easily (hopefully) rectified with a patch, is that as of this writing, Mario Tennis Aces does not allow players to play a ‘full’ game of tennis…outside of the the CPU tournaments. That is to say, there is no way to adjust the rules to allow a match to be played with the standard ‘game, set, and match’ rule-set.

Basically, Mario Tennis Aces only allows a best of three games scenario to play out. No sets. No tiebreaks. In typical game of tennis, to win the match, you must win by two games, allowing for quite the mental game as opponents look to one up the other by stealing points off-serve. With this set up, a game can be won in as little as eight points.

For me, this isn’t a deal-breaker, but it certainly is a bummer when you consider that past Mario Tennis games allowed for this customization. Hopefully this is something that Nintendo and Camelot can easily add in with a patch, but until then, expect to hear ton of preppy tennis babies whining about it on every internet forum known to man.

Iwata asks is all about the music! 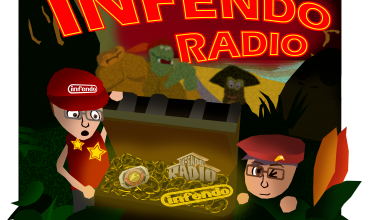