Serial Cleaner is a really simple game. The goal is to infiltrate a crime scene and dispose of any blood, bodies and evidence that might be present, then escape. What this leads to is a stealth-based game that takes place from level to level, with you essentially accomplishing the same task over and over again, with a progressing difficulty level. There’s plenty of challenge modes and some unlockables to keep you playing for a while, but it’s not a game that’s going to appeal to everyone.

There are a number of interactive elements to keep the player occupied and either aid or hinder your progress, from moveable objects that can block the police from catching you to noise makers that draw attention to them. You, as the Cleaner, make noise yourself, and can be spotted by the police while you’re attempting to clean up a crime scene. While you navigate the area and avoid the cops, you’ll be vacuuming blood from the floor, picking up and dropping off bodies, and picking up evidence. Once you’ve completed all of these tasks, you must leave the area, unseen. You’ll then go back to your house, where you can read the paper and watch a bit of TV, which usually has something to do with what you’re currently engaged in, and then it’s off to another mission.

There’s a bit of story there to keep things interesting, although it’s nothing too memorable or engaging. Honestly, Serial Cleaner feels like a flash game you’d play on Newgrounds in your free time at the school library. It’s not a very deep game, but there is a bit of content to keep you playing, if you enjoy the gameplay in the first place. It’s very clear that this was meant to be a game on a PC, since despite being a top-down game you’re forced to move in 8 directions. It’s not a very full game, more superfluous than you’d expect for a game on a console. Honestly, unless you’re looking for something to keep you busy for a few hours, and you really enjoy this type of game, you’re probably not going to find much in this one to keep you coming back for more.

One area where this game does really shine is in its art direction. The game has a really nice, vintage 70’s movie feel. The little intro images give the game a nice style, and the art throughout the game is simplistic, yet charming. It almost has a pseudo-cubist quality, with sharp lines and colors making up the art. It’s a refreshing change from the usual old-school pixellated look a game like this would normally have. It should also be mentioned that the game has a gimmick that uses the time in your system setting to change the time of the stage in-game, which can also change the location of things like bodies. It’s an interesting mechanic, but it doesn’t do much to affect the game.

Other than that, there’s not much more to say. Serial Cleaner is what it is; don’t go into it expecting some hidden treat. If it sounds like your kind of game, give it a try. But it’s hard to recommend this game when there’s a number of similar games floating around online for free. Before I sat down to write this review, I checked out the credits page in the game, because I wanted to be fair. If this game was made by a small team, I could understand it being so simple. But the list of people who worked on this game is massive. And that really makes me question why it was made in the first place, if not as a quick way to make some cash.

Don’t get me wrong, it’s a professionally made game. There’s no massive bugs or anything to keep it from being a really solid game for what it’s trying to accomplish. But it tries to accomplish so little, it aims so low, that it only hits that lowest common denominator marker. It’s not a bad game by any standards. But it’s also not a good game. It’s just fine. A middle of the road experience that ultimately won’t leave you with any real memories. It’s like a commute to work you drive so many times you look up and suddenly you’re home, and you don’t even remember taking it. There’s nothing saying you shouldn’t get Serial Cleaner for the Switch, but honestly, there’s nothing saying you SHOULD get this game either, and that’s the problem.

Don't get me wrong, it's a professionally made game. There's no massive bugs or anything to keep it from being a really solid game for what it's trying to accomplish. But it tries to accomplish so little, it aims so low, that it only hits that lowest common denominator marker. It's not a bad game by any standards. But it's also not a good game. It's just fine. A middle of the road experience that ultimately won't leave you with any real memories. It's like a commute to work you drive so many times you look up and suddenly you're home, and you don't even remember taking it. There's nothing saying you shouldn't get Serial Cleaner for the Switch, but honestly, there's nothing saying you SHOULD get this game either, and that's the problem.
2 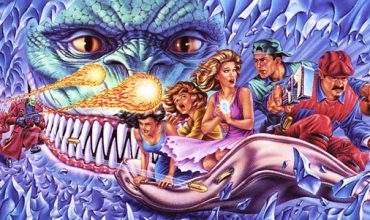