Independent game design is something that we discuss a lot on Infendo Radio, and as a subject it’s been particularly thought provoking for me. This is because I’ve spent the last 12 years of my life with the aspiration of eventually making game design my single profession, whether through corporate or independent means. It’s something that’s very personal to me, and it causes me to suffer from the unintended side effect of being particularly harsh on other game designers, whether through artistic integrity or some twisted form of jealousy. No matter the reason, indie developers are a point of constant conversation for our group, in part because of the rather confusing description of what constitutes an “Independent Developer”.

The general consensus is that an indie developer is a small team of people who create a game without the financing of big publishers. These teams often rely on crowd funding (donations from individuals on a massive scale) to work around the issue of finances, and as a result of these limited resources their games tend to be shorter or more simplistic than big budget, triple A titles. The question we at Infendo often find ourselves asking is “At what point does an indie developer stop being considered as such? At what point do they become part of the corporate mechanism they’ve worked so hard to avoid?”

Personally, I’ve argued the point that developers such as Scott Cawthon (Five Nights At Freddy’s) have bridged that gap. Despite being a one-man team, we’ve seen 5 iterations in the series, not counting spin-off titles, countless merchandise in the form of toys, clothing, collectibles, and talk of a possible movie deal. It’s hard to argue that despite technically falling into the category of an independent developer, Mr. Cawthon has become something of a corporate success in the game development market.

A counterpoint to this argument could be that independent status is really a means of determining who is controlled by the will of their publisher and who still has total creative freedom. Mr. Cawthon’s financial success aside, he is still completely self-sufficient, which means his games are the direct product of his own creative vision. There’s no studio pouring money into his games, in turn shaping the outcome of those games to create a greater profit margin. So, while the Five Nights series might have an upper hand over smaller independent studios, he certainly isn’t in the same space as many corporate third party developers who rely on publisher funding.

Another interesting example of an unconventional indie developer is the relatively new Playtonic Games, which recently released their first title, Yooka Laylee. Playtonic is composed almost entirely of past Rare developers (the studio that worked on Banjo Kazooie, Donkey Kong Country, Conker, etc). This is a team of developers who are by no means up-and-coming. Rather, they have an extraordinary amount of combined experience in the industry. However, as far as money, they needed to use crowdfunding  to accomplish their goal and release Yooka Laylee. Generally speaking, Playtonic is an independent company, but with the team of industry giants they had filling the positions at the company, it was hard to see them as “just another indie team”. And while there’s really no rule saying that indie developers must be unknowns in the world of game design, that’s certainly usually the case. As the ever increasing trend of independent developers continues to grow, I expect we will see more and more of these stereotype-breaking occurrences.

At this point, I’d like to propose the argument that there are really three types of developers in the industry. The first are the 100% no arguments indie developer. Groups like Yacht Club Games (Shovel Knight) who produce small, low-budget titles that are almost exclusively downloadable titles on the Nintendo eshop. The second group is composed of the big-budget corporate titans, such as Nintendo and Sega. The third type of developer is the one I’ve been focusing on. The Scott Cawthons and Playtonics who, while not relying on outside publishers, are still industry titans. These are the developers who have hit such a milestone, either before or after the production of their games, that they cease being “just another indie team”.

For Five Nights At Freddy’s, this is exemplified through the massive corporate influence of merchandise and movie deals that has come after the series’ success. For Playtonic, the phenomenon was the overwhelming financial support the team received during the crowdfunding phase. My goal in pointing these two groups out is not to belittle all they’ve accomplished, but rather to argue the point that they’ve done so well for themselves that it’s hard to put them in the same category as the developers who are still struggling to release their games. The indies who have made it and are truly thriving in the market, who never have to worry about whether or not their next idea will be achievable financially, these developers belong on a different plane than the pure indies and the corporate developers. They’re something unique to themselves.

The question we at Infendo often find ourselves asking is “At what point does an indie developer stop being considered as such? At what point do they become part of the corporate mechanism they’ve worked so hard to avoid?”

I believe that there are many factors contributing the the rise of the indie scene, and it’s no secret why so many choose to go the indie route. Money.

This might seem counter intuitive to some. EA and Activision clearly have more capital than any individual or small group of developers could muster, so why wouldn’t they go the corporate route? The answer is multi-layered, and anything but simple, but at the end of the day, money rules all.

How you ask? Well to answer that question, we first have to look at the entire development process. Before any code is ever written, comes the concept phase where the general idea of the game comes to fruition. This can come in the form of concept art, design documents, or simply just a conversation.

Things get tricky after the concept phase, and is why many developers turn to outside publishing to fund their projects. Phase 2 brings us to the pre-production phase, where developers work on things such as level design, gameplay mechanics, storyline, and creating the overall blueprint for the game.

This is where either going it solo, or buddying up with a publisher really becomes apparent. The pre-production phase is often the longest chunk of any game making process. A game is considered in pre-production until it is feature complete, or all the code has been written and is completed.

Hours worked during the pre-production phase can be long and arduous. If this happens to be the only project the team is working on, then there is the added complication of having no incoming revenue source.

This is a contributing factor as to why many dev houses choose to go the corporate route. Game development is expensive, and developers need to be paid. They have families at home and kids to feed after all. Little Timmy isn’t going to be fed on the aspirations of his parents, so sometimes taking the money upfront from a big publisher can be very appealing.

Of course, this comes with its own set of problems. Big publishers such as EA and Activision have been known to overwork their employees, especially during crunch time. This has lead to many individuals breaking away, to form their own independent studios.

If these studios can make it on their own, the reward can be much greater for all involved, which in turn can lead to a much larger pay day. Indie devs have to take all these factors into account, and it certainly isn’t for the faint of heart.

The question we at Infendo often find ourselves asking is “At what point does an indie developer stop being considered as such? At what point do they become part of the corporate mechanism they’ve worked so hard to avoid?”

While I enjoy my Marios, Zeldas and the like, I find myself buying more and more indie titles. In my eyes, an indie title has the following qualities: They are not published by any first, second, or third party studios. Nintendo is an example of a first party studio, as they publish to their own game system. Retro Studios would be considered a second party studio, one that is controlled by a first party studio to some extent, but is still a separate entity. And Activision would be considered a third party studio in that they create games but don’t own the game systems they publish on.

Indie titles are generally not “full priced” games. Full priced games for current generation of consoles are priced at $59.99. Some of my favorite examples of these games are Shovel Knight (Yacht Club), Shantae (Wayforward), Cave Story (Studio Pixel).

However, my definition has a glaring hole in it. Where does a game like Minecraft fit in this? Minecraft (Mojang) is one of my all time favorites. Why? Because it is a game with endless possibilities, endless worlds, has co-op so I can play with my wife, and cross-platform play by the end of the year. I have probably spent as much time playing various versions of Minecraft as I have all of my Wii U games put together. It meets all of my criteria for an indie game, but there is one key exception.

On November 6th, 2014 Mojang was acquired by Microsoft for 2.5 billion dollars. So, by my own definition, that makes Mojang a second party Microsoft studio. Minecraft is an abnormality in the indie scene. There may be other instances of this happening, however I can not think of any. Feel free to comment below. In my eyes, because it was an indie game at conception, Minecraft will always be an indie game. Even Microsoft is still treating Minecraft like an indie game. It is currently on PC, Mobile, PS4, PS3, PS Vita, Wii U, Switch, Xbox 360, and Xbox One. It is also still receiving updates and DLC on all platforms. And the most notable addition is Cross Platform Play coming to everything except Playstation, Wii U, and XBox360.

If you follow my 4 simple “rules”, you can define indie games with relative ease. I’d love to hear your thoughts, via comments here or email me directly.

Clearly the idea of indie games is more complex than it appears at first glance. Whether developers choose to go independent for the freedom, money or out of necessity, it’s quickly becoming a very important piece of video game culture. Sometimes even indentifying whether a game itself is made by an independent company can be difficult. There’s no denying the basic principles that make up an independent company. However, as with all things, the industry of game design is a fluid, ever-changing beast. I highly suspect things will only get more confusing and difficult to categorize as we move forward. True fans of gaming should be very excited by this prospect. The gaming industry continues to grow, and with it, new opportunities for developers and gamers alike are bound to be formed. It’s a very exciting time to be tied to this industry, and I for one am very much looking forward to the ride. 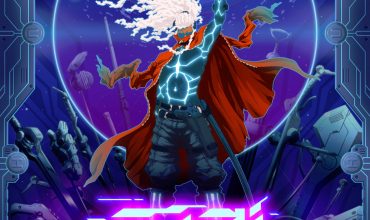 There’s only one way Super Mario Bros. could have been better. By adding a portal gun.