A good, but not great, entry into the series.

The NBA 2K series hasn’t made it one to a Nintendo system since NBA 2K13 so as a fan of the series I was extremely excited to play it again on not just a Nintendo console, but a portable one. The thought of being able to take NBA on the go was incredibly appealing to me and I imagine anyone else who bought 2K18 on Switch. Visual Concepts has somehow managed to transfer every game mode that is in the PS4 and Xbox version over to the Switch. Out of all the game modes there are only about 4 game modes worth sinking a good amount of time into which are MyLeague, MyCareer, Play now and MyTeam.

Lebron James looks remarkably similar to his real life self

NBA 2K18 is by far the most realistic NBA game on the market right now with its only competition being NBA Live. The presentation really makes its feel like I am a part of the game with the commentators feeling very genuine and having small things like interviewing player during halftime makes it feel as if you are watching a real game. Of course the level of polish on the presentation would mean nothing if the actual gameplay itself was bad and I am happy to report its some of the best basketball I have played so far. Players have a much more realistic feel to them in this years version. Shots are much harder to make this year even if your player is wide open so you wont encounter a player who shoots 90% anymore as was possible with previous 2K games. All of the players feel distinct this year and stars can outright dominate a game at times. I still feel burned from play against Damien Lillard in MyCareer and having him go off against me for over forty in a game where no matter how hard I tried how much I smothered him defensively I couldn’t stop him. It’s extremely important in these games to always know the strengths and weaknesses of the players you are controlling. No matter how good you are at timing a shot a center with twenty-five points in the three-point shot category is almost never going to make one from behind the three-point line.

My created player in MyCareer

Of the four games modes that most will sink their time into I found myself sinking the most time into is MyCareer. This mode has you playing as your created character however he is known as DJ because in this years scenario you play as a former DJ who was a sure thing to get drafted but instead of going to the NBA chose to DJ. After some time of this your character wants to go back to basketball and things pick up from there. You get to meet numerous NBA players through cut scenes and have to manage shoe deals and various other things. unfortunately once of the grips I have with MyCareer is that everything runs with VC  which you can earn from playing games,this wouldn’t be so bad except for the fact that it takes forever to level up your character. After spending  25 hours in MyCareer I was still only seventy overall. They allow you to go around this by purchasing VC with real money which feels like an enormous cash grab. There’s also the fact the MyCareer is extremely neutered in offline mode making it impossible to take the game with you in places without the internet. On a system like the Switch this is a big drawback. There were also various bugs in this mode which thankfully have been patched since release.

Play Now is instant basketball that can be played with any team currently in the league and also a myriad of classic team such as the 98 bulls.  It’s a great experience matching a classic team against a modern team or a team that was around years before them. MyTeam should be familiar to anyone who has played ultimate team in FIFA. The goal of this mode is to collect card with players and put together the best team you can. Of course you could alway by more VC for more packs if you want to get better players rapidly.

MyLeague consists of taking over a franchise and building it however you like. This could mean trading away all the young players for vets or trading away all your players for picks. Season can be set to be as long as you want or with whatever teams you want including classic teams. There is also the option of the fantasy draft if you just wanted to start your team over fresh. MyGM is and interesting version of MyLeague where you become the GM for a team and have to deal with situations from your owner selling the team to the new owner demanding his son be assistant gm. It was an amusing mode for the first year or so but lost something after that with most of the drama coming in the first year.

NBA 2K18 is a very good entry into the series that need some work. The core basketball is among the best I have ever played but is weighed down by MyCareer not being portable and micro transactions being everywhere. I don’t expect those to go away anytime soon but hopefully a balance can be found like in previous years. I would recommend this game for anyone that enjoys basketball despite some of its flaws.

NBA 2K18 is a very good entry into the series that need some work. The core basketball is among the best I have ever played but is weighed down by MyCareer not being portable and micro transactions being everywhere. I don't expect those to go away anytime soon but hopefully a balance can be found like in previous years. I would recommend this game for anyone that enjoys basketball despite some of its flaws.
3.5 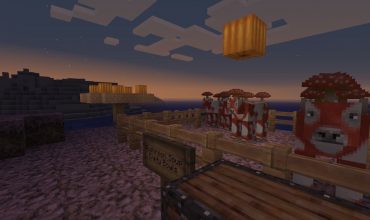 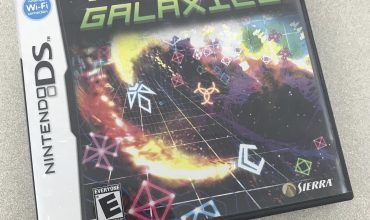