Information was a bit unclear when Shigeru Miyamoto casually mentioned the next Zelda at his private round table. Luckily he let some bits slip over the past three days of E3. Here’s what we know.

-Developed specifically for the Wii.

“We hope to bring it to you next year. It may take a little longerâ€¦â€

-Unlike Twlight Princess, the new Zelda is built using Wii hardware rather than Gamecube specs. This allows for a greater set of visuals.

“Obviously, graphics have improved, but as a team, we’ve been sitting down to look at the gameplay and what we can do with it to move Zelda forward.”

-A piece of concept art was displayed at a private round table which depicted Link with his back turned. He was wearing his traditional green tunic, and not holding a sword. Facing the viewer is a new character giving off a blue aura. She is wearing a helmet/cap as well as a blue cape. The new character has traits similar to Princess Zelda, Midna, and a Zora. Overall, the concept art appears to be more along the lines of a Twilight Princess style.

-The Link depicted in the concept art appears a bit older than in Twilight Princess. The entire setting is set in a different part of the timeline.

â€œWell, the story setting for this Zelda is, of course, in a completely different era and Link is older than he was previously. More approaching adulthood.â€

-Miyamoto hints at the fact that Link was shown in the concept art without a sword. When pressed further on the lack of a blade he simply says the next Zelda is â€œ…something completely different.â€

-Zelda Wii has actually been in development for quite a while. Total development time is unknown, but the team is far enough to begin working on gameplay/content.

-Miyamoto would love for the new Zelda to utilize the Wii MotionPlus for swordplay, archery, etc.. It could be possible that the game will require the MotionPlus in order to play, but its use depends on how well Wii Sports Resort sells.

-Considering the franchiseâ€™s core game design has been almost the same for the past 23 years, Miyamoto hopes to deepen the players connection with the story and characters.

â€œWe want players to feel like they’re in the adventure, create memories and explore new worlds but we’re working on all that now.â€

-Though his style is to make games that can appeal towards every audience, Miyamoto admits that this IP is mainly built for his advanced players.

It’s still way too early to expect thorough information, but what do you think of the news we have? Zelda game hype is a very enjoyable time for a Nintendo fan. Lets heat up the hype train! 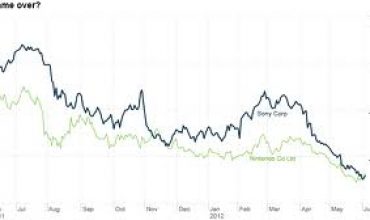