Devolved by the top RPG masterminds at Square Enix, The World Ends with You is one of the best third party offerings ever created for the DS. Move over Chrono Trigger, because the New York Times believes The World Ends with You to be THE greatest role-playing game ever developed. World has the rare balance of twisting plot, unique art style, and innovative gameplay that is just so difficult to come by these days. Hereâ€™s a snippet of New York Timeâ€™s drooling reviewâ€¦

In my experience playing Japanese role playing games, those with a great battle system will be undercut by a mediocre story while those with a strong story will make do with an indifferent battle system. But Worldâ€™s story is just as fascinating as its gameplay.

Full of mysteries and surprises, interesting characters and some genuinely touching moments, World is wonderfully plotted out. Neku is not just an angst-y teenager fighting monsters, but someone who finds his experiences working with and learning from others push him towards self examination; the odd title itself refers to Nekuâ€™s need to expand his horizons.

Itâ€™s unfortunate that titles like these simply go unnoticed amongst AAA console offerings. Not picking up Wii Fit? Get The World Ends With You in its place, or both! 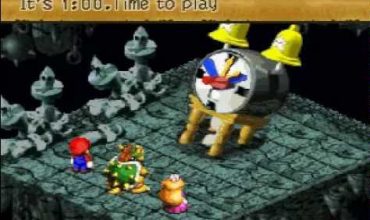