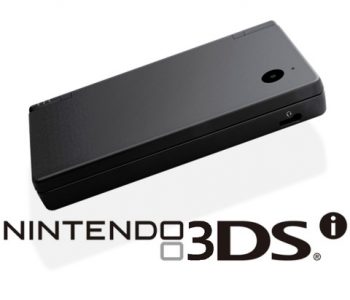 So September’s the big month for 3DS. Pricing, release date, Reggie Fils-Aime jumping out of a big Nintendo is King cake just like that douche Lebron James and all will be right with the world.

Or will it? Rumors and speculation have the price for this genuinely industry-energizing device fluctuating wildly, anywhere from $129 all the way up to a suicidal $300. My guess? $179 to $199, but probably smack dab in the middle. Here’s why:

First and foremost, Nintendo prices things to sell and make a profit from day one. This has always been the case, even with the GameCube, which—despite people who choose to rewrite history —was actually a profitable system for the Big N, albeit a third place finishing one.

This will not change dramatically with the 3DS, and nor should it, as I imagine Nintendo will have a hard time convincing shareholders that a loss-leader strategy—suddenly and unexpectedly out of the blue—will see the same kind of money-making profits that every other tactic they’ve employed over the past five years has produced in earnest.

It simply won’t. Sure, the glasses-free 3D tech is all sorts of cool, but in reality it’s been around for a while, the rest of the DSi hardware features more so, and I have no doubt that Nintendo has the exact same gameplan that it has always employed when it comes time to reveal the pricing and availability for its next cash cow.

Taking the profitable route is not an easy one, however, and again, as we’ve seen in the past, Nintendo will most likely price the 3DS to sell and to make tons of money. A $250 or higher price point, especially for a portable that will likely not ship with a game (maybe a demo, a la DS phat?), will not appeal to consumers—amazing glasses-free 3D tech be damned.

Also important is how consumers have already responded to $250 portable systems. The forgotten before it even went on sale PSPGo, for example, undeniably failed in part because of its price point. The fact that it was a more powerful system than its competition mattered little to consumers once they saw the systems’s price tag (and yes, also the lack of games and direction), and the same would be true of a Nintendo portable, especially if it’s held up against Wii’s and Xbox 360’s that are priced under it. This says nothing of the DSi, DSI XL and DS Lite portables that will presumably still be on sale in September, when the 3DS will coalesce into something a bit more concrete.

On the tiered DS pricing point, Nintendo has actually weighed in, in the form of cryptic comments from their UK office.

“Price, we haven’t made any kind of announcement at the moment, but for everyone who already knows, you know, the Nintendo DSi is available for around Â£129.99. The Nintendo DSi XL, with the larger screens, is around Â£159.99. So obviously, it’s going to fit, kind of, somewhere within that kind of architecture.”

This comment, most of all, hints to me that Nintendo is testing a price point that ranges from $179 to $199. Fair or unfair to our UK friends, prices don’t convert exactly across the Atlantic, so when you see the symbol for pounds, simple replace it with dollars and you have a good idea of what the portable could cost in the U.S.

In this case, Nintendo seems to be adopting a very Apple-like strategy for their portable line. DS Lite/DSi, DSi XL, and DS 3DS, with each offering a slightly different experience and slightly escalating prices. That puts the 3DS, potentially, at about $189. To me, a pretty good sweet spot. Eventually, I wouldn’t be surprised to see a $225 3DS XL, which will no doubt also be a sweet spot for people who like/require such a device.

Another yet-to-be-seen harbinger: How consumers react to a certain $150 “revolutionary” console accessory. If people poo-poo on Kinect because of its pricing, in spite of the new things it lets them do, you’ll have an even better idea of how Nintendo will price its portable (hint: inexpensively).

All that said, I wouldn’t be surprised if 3DS-exclusive titles sneak their way up $5 to a $40 price point, perhaps to allow Nintendo a bit more profitability breathing room with a $179-$199 portable.

Then again, I could be wrong, and Nintendo could just abandon what’s it done for years and start acting like its competitors. In that case, look for a $250 next March and I promise to kiss a PSPGo—the only condition being I can actually find one in a bargain bin somewhere.